Are Scottish Folds good apartment cats? Scottish Fold cats are among the best apartment companions because of their personality and ease of socialization/training. They play well with almost any other animal and cats and are also okay with being alone. A great choice for any first-time cat owner!

Their personalities are one of the most relaxed out of any cat breed and are pretty flexible in their tolerance of different home dynamics. The Scottish/Fold Straight is rated a 10/10 breed for a cat in an apartment. For the full list of apartment cat breeds and what their ratings are in apartments, click here!

That’s not to say they’re completely perfect, despite their perfect apartment rating score. There are a couple of things that cat owners should notice if their choice is the Scottish Fold/Straight.

This article/guide meant as a reference point for this breed. Their breed lets us predict some of their behaviors but in the end, based on the cat’s environment or the way they were socialized, the cats might have some different traits or characteristics.

Scottish Folds have rounded bodies and faces with folded ears. Scottish Straights are just Scottish Folds but without the mutation in their genes that cause the folded ears. In a litter of Scottish Breed kittens, 50% of the kittens will usually have folded ears, and the other 50% will be straight-eared cats that don’t carry the gene.

My Rosie is a Scottish Straight. When I adopted her, I was able to see her mother and father. Her mother was a Scottish Fold, and her father was a Munchkin. Somehow she ended up the most “normal” of her brothers and sisters with long legs and straight ears!

Scottish Fold/Straights, however, are usually very tolerant of all types of changes. They are inquisitive and really enjoy checking out whatever is new or saying hi to the stranger that just came into the room. It can be both hilarious and annoying at the same time when you find them lying down in a box that you just opened from the delivery man.

The other Scottish Fold/Straights that I have had experience with seem to be cut from the same cloth. This cloth of relaxed calmness, as they might be uncomfortable for a second or two, but the next moment they seem to forget and be completely fine.

That is not to say, however, that they are not active. They are speed demons when it’s playtime (see the best ways to entertain and play with your cat in apartments here!). They’ll be the ones jumping and running around the apartment when compared to other cats. It’s the duality of playfulness and calming attitude that really make Scottish Folds/Straights quite charming.

Rosie, my Scottish Straight, is just so stoic at times. Wherever you put her, she finds a way to make that place hers. She is undeterred by other animals and can play well by herself or others. They seem to know the appropriate response for most situations. Most of the time.

What Are Some Quirks That Scottish Folds/Straights Have?

Other Comments About The Scottish Fold/Straight Breed

For me, Scottish Fold/Straight cats have been the easiest to train and socialize. I rarely see a Scottish Fold or Straight get too bitey or overstimulated. She was the only cat in my apartment that didn’t need training not to bite me or unwanted objects in my apartment.

They’re also very affectionate cats without being too clingy. They like to have their own space most of the time. Scottish Fold/Straights enjoy staring and following around their owners wherever they go. Whenever they decide that they have enough staring, they’ll come in for some direct cuddle time.

Another thing I have noted is that they can develop powerful habits quickly. This is a good and bad thing. They quickly get into the routine of things and can be very predictable in their behaviors. However, there are times in which they can get into a “negative” routine as well.

When you observe them doing something unwanted, whether it is going somewhere or maybe even litter box issues, it’s best to nip it in the bud. Do this by removing something or completely changing the layout of your apartment to ensure they don’t continue strengthening that habit.

Scottish Folds/Straights are flexible enough to fit into any home dynamic, whether it’s a home with themselves with the only pet or together with other pets. This is a breed that will be okay as a solo cat or in a multi-cat home. As long as you give them the proper attention and engage with them regularly, they are lovely companions in even the smallest apartments.

So whenever you’re not there, they are more than happy to stay on the window to watch the outside world go by, and when you are home, they’ll be there to welcome you excitedly.

In conclusion, Scottish Fold/Straights are wonderful companions that can fit into any lifestyle that you might have in your apartment! They adapt quickly and are very affectionate and loving. I wrote a comparison piece comparing Scottish Fold and Russian Blue cats for those still on the fence and wondered how they compared to other popular breeds!

I would recommend this breed to anyone wanting a pet in their apartment as a solo cat or as a new addition to a multi-cat home. They are appropriate for all pet owners and don’t require as much attention and preparation compared to other cat breeds, such as the Bengal cat.

A very similar breed in terms of traits and personality to the Scottish Fold/Straight cat is the Ragdoll breed. For more information about Ragdolls in apartments, click here!

Scottish Fold cats come in all different sizes, colors, and hair lengths. If yours is the longer-haired kind, invest in a good brush to remove loose hairs and prevent shedding, especially if you have a lighter-colored Scottish Fold Cat. Read more about how to prevent shedding here! 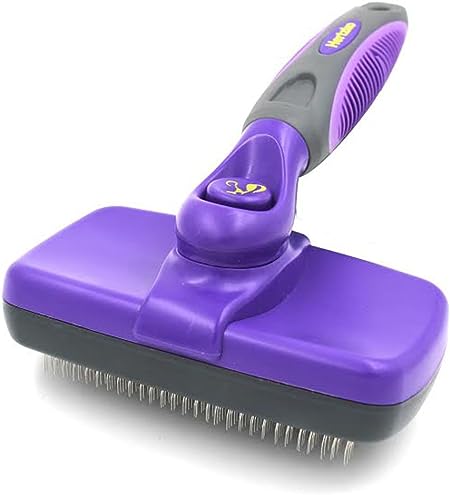 Some brushes can be a bit too rough for our cats and could overstimulate them causing discomfort. This one is super gentle and is super effective at removing loose furs, mats, and tangles.

As they like to hide in small places and boxes, it’s best to have some places available around the apartment to accommodate this behavior. Some cat tunnels or closed-off window perches are really effective, so they can be alone when they need to. It’s always a good idea to provide open and closed areas. 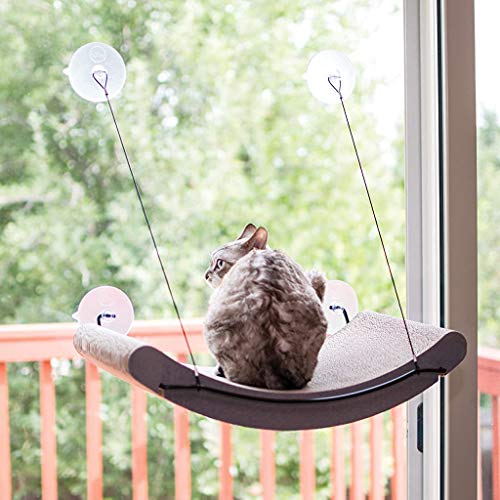 This curve design gives your cat a cozy resting spot and also doubles as a scratching spot! Gives your cats a chance to escape noisy situations and refills are readily available for the scratching surface. 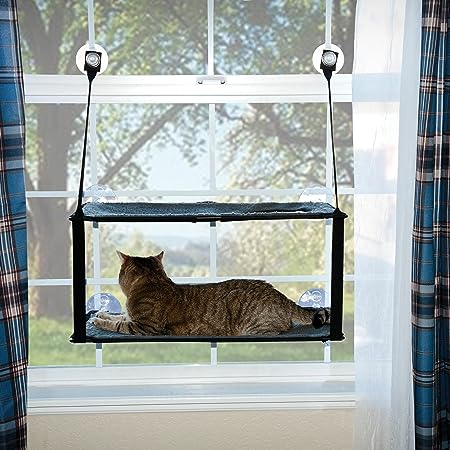 Amazingly great for multi-cat homes. My cats use it daily and it's very well made. If you have a large enough area to mount this - It's a great tool for creating more elevated spaces. It's also very simple to set up and clean. 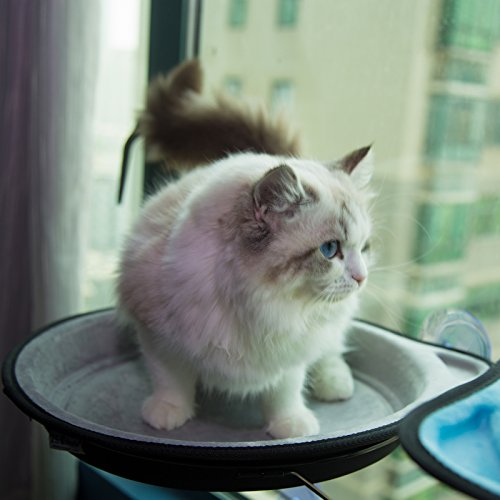 Easy to mount and almost never pops off. This is the staple in my apartment for easy catification. Put it on any glossy surface and it can create a highway for your cats without drilling or damaging walls!

This display was created using Lasso

link to Should I Adopt or Buy a Cat/Kitten? Pros & Cons!

Should you adopt or buy a cat/kitten? For potential cat owners who want a specific cat breed due to its appearance or certain characteristics and can afford the time and expenses, buying a cat makes...

Are British Shorthair Cats Good Apartment Cats? Yes, British shorthair cats are among the best cat breeds for apartment dwellings. This is due to their easygoing nature and laid-back personality....

Bonjour! My name is TN and I've had years of experience fostering/owning cats and helping many owners with their cats whether it's about behavior or the litter box.
It's become a passion of mine to help prepare people to care for their cats/kittens properly, especially in smaller spaces such as apartments!
Come visit my youtube channel @monsieurtn if you have questions or comments