Skip to content
This post may have affiliate links. We earn a comission if you make a purchase at no additional cost to you.

This article is not a guide to hide the litter box nor is it a guide to make natural things look pretty but it is designed to help people to prevent and minimize the main problems when we think about the litter box within an apartment or studio apartment.

The litter box can be a big source of pain to a lot of people, especially when it’s not doing what it’s meant to do or your cats are not using it.

For me, finding a perfect litter box set up was crucial in terms of my apartment’s cleanliness and productivity. Cleanliness is obvious but what about productivity?

Well if your cat has litter box problems or litter is flying everywhere – you’d be surprised how much stress it causes and how much time you might spend either cleaning up the messes or thinking about what’s wrong with your cats or the litter box setup.

What I’ve discovered, is that usually, the solutions to all of these litter box problems and setups are simpler than what we might think if we take into account the cat’s experience.

For those coming here with problems about your cats not going to the litter box properly and eliminating outside the litter box, I have a simple and easy-to-understand step-by-step guide at the bottom of the article.

Litter Box Requirements and Rules for Litter Box in Apartment

How a cat wants to use a litter box is going to be a bit different than how we want to see the litter box. Especially in a smaller space like an apartment. Generally, we butlers want to avoid seeing the thing (litter box) altogether. We want to hide it and get rid of any trace of it.

While this might be fine for a lot of people – but when things get more complicated: more cats, more people, or maybe a frequently changing environment. Where a cat chooses to do their business – whether it is in the litter box or out of it – should be a sign for us to take notice.

A cat actually has preferences for where they eliminate:

Don’t forget we butlers have preferences and requirements for the litter box set up too!

Our requirements for the litter box:

So the perfect apartment litter box solution is to have the cat’s experience of going to the litter box to be completely instinctually satisfying – where the litter box becomes their scent signpost in a socially important area that’s easy to access and survey. While at the same time, also fulfilling the needs of their owners, for it to be clean (minimal litter tracking), neat, and as odorless as possible.

What Type of Litter To Use in an Apartment?

There are two concerns about the type of litter used: tracking and smell.

The smell is a pretty straightforward way to rank litter types. If you’re very sensitive about smells – sand (clay, bentonite) litter is usually the best at trapping smells. Tofu litter is probably the worst. Pine litter is somewhere in between.

Pine litter, baking soda, and used coffee grounds help a lot with the smell. So I would rank it almost to the level of the sand litter!

The second concern is litter tracking. This is the most important factor in tracking: the actual litter used. There’s always going to be some litter flying out the litter box but the question is: is there going to be litter carried to different parts of the apartment or home?

The key is to realize that the larger the litter types – the less it tracks and gets picked up around the home. And vice versa, the finer and smaller the litter granules – the more it’s going to stick to your cat’s paws and track. That means the sand litter that everyone has is, unfortunately, the worst type of litter to use if you’re sensitive to litter tracking.

The litter type that I always recommend for small spaces is going to be pine litter pellets. It’s simple to manage and clean, cheap, and best of all – it tracks very little. Complete guide on pine litter here.

It’s also very efficient and you never have to dump out the whole box because of the smell.

However, if pine litter pellets are not an option for you – then experiment with larger litter types until you and your cats can find a good compromise between what you want and what your cat wants.

Which Type of Litter Box for an Apartment?

There’s a lot of different types of litter boxes and designs that include a lot of features including litter tracking. However, the litter box design that you should be looking for is the hooded litter box.

I have the exact litter box that I am using on the recommended products page.

Here are some examples:

As you can see, whatever the situation might be or changes that might happen – you’re prepared to adapt to it quickly without having to make drastic changes to your litter box setup.

Out of all the smells associated with owning a cat. The litter box is probably the biggest offender. Cats can be adorable, but it’s always surprising how smelly their…presents can be!

This is also assuming you scoop your litter box daily or once every two days at least. Because of course, if you don’t scoop – the litter box is going to smell.

These are the most effective ways to reduce smells from the litter box:

Add these products to your home to help with smells and odor control. Put some baking soda right after you scoop the litter box and it’ll keep it smelling fresh for longer.

For the air purifier, remember to always get one with a carbon filter to take out smells from the home/apartment. 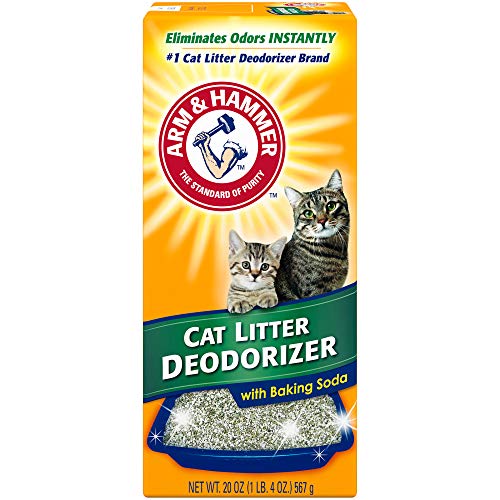 When you need that extra odor prevention, sprinkle a little into the sifting tray. Very useful when you need to get rid of odors quickly (like when guests come over). 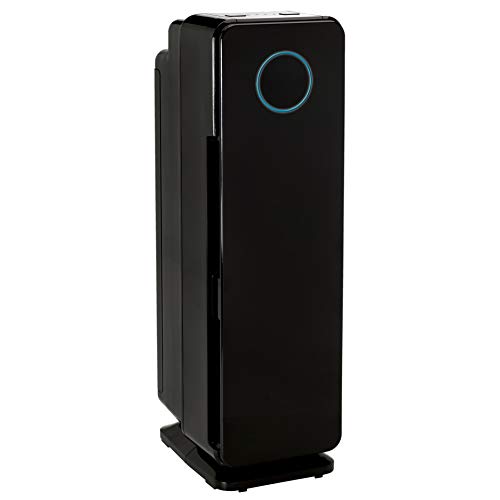 This air purifier is great for not only particles in the air but there is a carbon filter for smells and a UV light to help kill airborne germs and viruses. It also an antimicrobial agent that inhibits the growth of mold, mildew, and other odor-causing bacteria on the filter's surface.

To tackle other odors in the home/apartment, read my article: Control Cat Odors in An Apartment!

Where to Put the Litter Box in an Apartment?

I’ll keep this section short as I wrote a very in-depth article about the best place to put your litter box in a studio apartment.

Here are some key takeaways from the article above:

While this may be a lot to think about with the placement – it can make the difference between a cat going to their litter box or…somewhere else.

Should I Hide the Litter Box Inside an Apartment?

I’ve already answered this question in part in the other section but it’s not recommended to hide the litter box. It introduces more problems than it might solve (not wanting to see the litter box itself).

However, if you’re already doing it and it’s working for you – I’m always on the camp, if it works then keep doing it. However, if in the future (knock on wood) that your cat’s behavior toward their litter box changes – you’ll know what to do to guide them again in the right direction…or box.

How Many Litter Boxes Should I Use?

Clicking on the link will lead you to my in-depth article about this question. However – the easy and simple answer is probably just one litter box. Apartments are generally small enough that you don’t need many litter boxes.

Cats can easily share a litter box as long as they tolerate each other and have been introduced correctly. For those looking to introduce cats, I created a guide in which requires no isolation or slow introduction processes.

What to Do When Your Cats Eliminate Outside the Litter Box?

Your cats are going outside the litter box and you’re losing your mind and sleep? Let’s go through the solutions checklist from the easiest and least effort required to the hardest, most efforts required.

Before going through this solution checklist remember to first make sure that medical issues are eliminated and there is nothing physically (like an unfriendly cat or dog) or mentally that might be affecting your cat’s behaviors.

This list also assumes you are scooping the litter box every day and it’s relatively clean. Remember, just because they like their own scent – doesn’t mean they like a dirty litter box. Keep it clean and if you’re using sand litter – clean out and dump your litter box biweekly.

Again, this list is focused on the minimal amount of effort to make your cat use their litter box properly and consistently. Leaving the more drastic changes as a last resort (changing litter boxes/changing litter).

If you still have questions and related experiences – I’d love to hear them down in the comments. I’ll get to them as soon as possible!

link to Cat Breed Personalities: Which Breed Is Right For You?

Whether you're wanting to add another cat to your family or this is your first cat, I am here to guide you in the process. This guide focuses on helping you select the right cat breed based on your...

Continue Reading
link to Can You Catch a Cold From Your Cat or Kitten? Complete Answer!

Can you catch a cold from your cat or kitten? While there are some diseases you could acquire from your feline pet, the common cold or flu isn't one of them. So if you're worried that you might get...